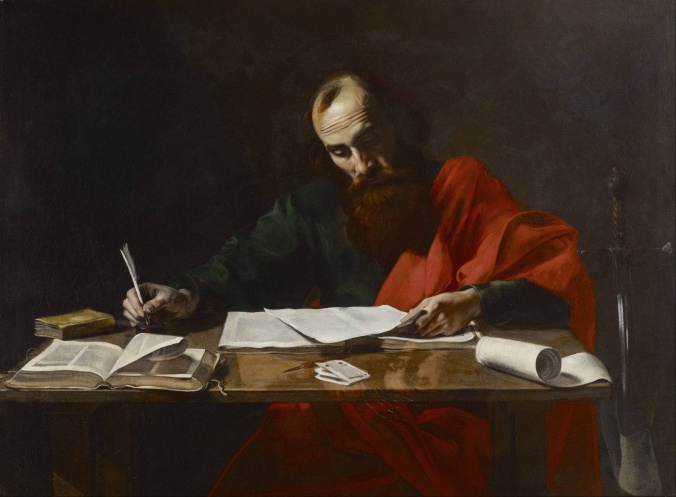 The apostle Paul is one of the most important Christians who ever lived. He spread the gospel throughout the entire Roman Empire and wrote thirteen letters of the New Testament. His approach to theology and ministry is fundamental and foundational for the church of all ages. But what makes his story incredible is not his exploits for Jesus, but Jesus’ exploits in him. In fact, Jesus has changed many “Sauls” into “Pauls” throughout church history and up to the present day!

From Persecutor to Preacher
Paul’s original name was Saul. He opposed Christianity and attempted to destroy the church in Jerusalem. He was granted permission to travel to Damascus and arrest Christians there. But on the way, Jesus appeared to him and blinded him. He stayed in Damascus three days before receiving his sight and instructions from a believer named Ananias. He began preaching about Jesus so powerfully that the Jews tried to kill him. You can read about his conversion in Acts 9.

Saul became a teacher in the church at Antioch. This church sent him out with Barnabas for his first missionary tour. During this tour they preached the gospel, planted churches, and appointed elders, and he changed his name to Paul. They testified at the Jerusalem Council and parted ways. He undertook two more missionary tours with various traveling companions, and as a result of unfair imprisonment appealed to Caesar. The book of Acts ends with him awaiting trial in Rome. You can read about his career in Acts 13 – 28.

Paul confesses his sinful past and how much Jesus changed his life. He says, “For you have heard of my previous way of life in Judaism, how intensely I persecuted the church of God and tried to destroy it” (Galatians 1:13). He admits, “Even though I was once a blasphemer and a persecutor and a violent man, I was shown mercy because I acted in ignorance and unbelief” (1 Timothy 1:13). He confesses, “For I am the least of the apostles and do not even deserve to be called an apostle, because I persecuted the church of God” (1 Corinthians 15:9).

A Mistreated Messenger
Paul endured incredible hardship throughout his ministry. He summarizes it like this: “I have worked much harder, been in prison more frequently, been flogged more severely, and been exposed to death again and again” (2 Corinthians 11:23). He faced constant danger and relentless persecution. Yet he says at the end of his life, “I have fought the good fight, I have finished the race, I have kept the faith” (2 Timothy 4:7).

Paul’s life ought to convict us of our lack of boldness. Christians in America suffer little, but we tend to be timid and ineffective in our faith. Meanwhile, our brothers and sisters in other countries who suffer the same persecutions as Paul preach boldly and refuse to be silenced. I shudder to think what he would say if he wrote a letter to the church in America!

A Christlike Example
Paul set an example for his churches and told them to be like him. He says, “Therefore I urge you to imitate me” (1 Corinthians 4:16). He also says, “Join with others in following my example, brothers, and take note of those who live according to the pattern we gave you” (Philippians 3:17). He goes on to say, “Whatever you have learned or received or heard from me, or seen in me – put it into practice” (Philippians 4:9). He praises a church saying, “You became imitators of us and of the Lord” (1 Thessalonians 1:6).

Paul’s life ought to convict us of our lack of integrity. How many of us would be comfortable telling others to imitate us? How many of us are consciously setting an example for less mature believers to follow? Can we confidently say, “My way of life…agrees with what I teach everywhere in every church” (1 Corinthians 4:17)?