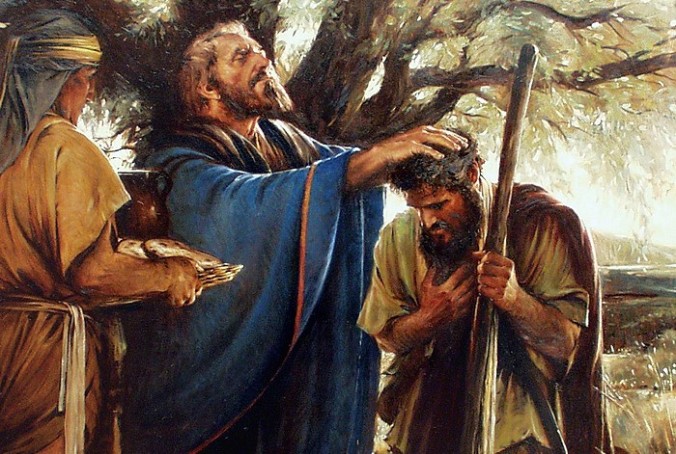 During Abraham’s time, an alliance of four foreign kings took up a campaign near Canaan. They defeated the kings of Sodom and Gomorrah (among others) and carried off their goods, including Abraham’s nephew Lot. Abraham and the soldiers from his household routed the kings’ forces, recovered the goods, and rescued Lot.

When Abraham returned from battle, he was met by the king of Sodom. He was also met by another king. The Bible says, “Then Melchizedek king of Salem brought out bread and wine. He was priest of God Most High, and he blessed Abram…Then Abram gave him a tenth of everything.” (Genesis 14:18-20)

This encounter seems strange and insignificant. Yet Melchizedek is one of the most important characters in Bible prophecy!

The Bible’s Favorite Psalm
Psalm 110 records God’s oath to exalt Jesus and extend His rule. He promises to defeat and judge His enemies on the day of battle. David writes, “The LORD said to my Lord, ‘Sit at my right hand until I make your enemies a footstool for your feet’” (Psalm 110:1). This is typical among the Messianic psalms.

But God makes another promise to Jesus that is more unique: “The LORD has sworn and will not change his mind: ‘You are a priest forever, in the order of Melchizedek’” (Psalm 110:4).

That means Melchizedek is more than an obscure Old Testament character. He is actually a preview of the Messiah! That is also why the New Testament quotes this psalm more than any other. While it seems weird and unimportant to us, it’s the Bible’s favorite psalm!

Hebrews 7:16 says Jesus “has become a priest not on the basis of a regulation to his ancestry but on the basis of the power of an indestructible life.” Jesus descended from Judah, not Levi – yet God appointed Him to be our High Priest because He lives forever to intercede for us.

This brings up another striking similarity. Hebrews 7:3 says of Melchizedek, “Without father or mother, without genealogy, without beginning of days or end of life, like the Son of God he remains a priest forever.” The Bible never records his ancestry, birth, or death. From a literary standpoint, he has an eternal priesthood.

But Jesus’ priesthood is truly eternal! Hebrews 7:24-25 says, “But because Jesus lives forever, he has a permanent priesthood. Therefore he is able to save completely those who come to God through him, because he always lives to intercede for them.”

The author concludes his comparison by stating, “Such a high priest meets our need” (Hebrews 7:26). Only a priest in the order of Melchizedek can truly forgive our sins. “Unlike the other high priests, he does not need to offer sacrifices day after day…He sacrificed for [our] sins once for all when he offered himself” (Hebrews 7:27).

A New Testament Perspective
Although Melchizedek is an Old Testament person, we must view him from a New Testament perspective. He is not just a random priest/king who blessed Abraham and took his money. He is a preview of the Lord Jesus Christ – the King of kings and our great High Priest!

“Therefore, since we have a great high priest who has gone through the heavens, Jesus the Son of God, let us hold firmly to the faith we profess…Let us then approach the throne of grace with confidence, so that we may receive mercy and find grace to help us in our time of need” (Hebrews 4:14, 16).