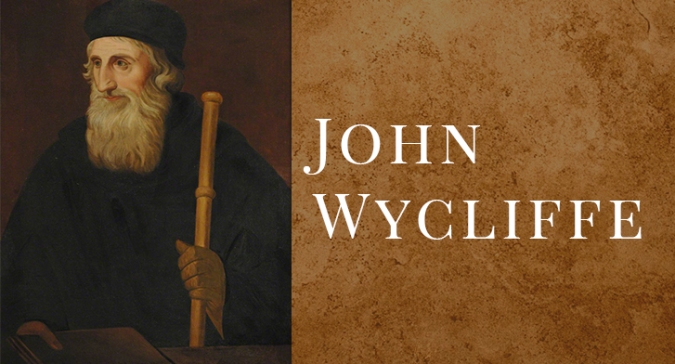 The Renaissance took place in medieval Europe from roughly 1300 – 1600. This period saw a rediscovery of the classical cultures. Europe underwent a “rebirth” in every aspect of society. The Renaissance is even credited with pulling us out of the Dark Ages!

Arguably the most remarkable figure of this time was Leonardo da Vinci. He was a gifted artist, scientist, and inventor. His acute senses of discovery and creativity earned him the nickname “Renaissance man.”He was truly ahead of his time; many of his designs wouldn’t go into production until centuries later!

The Reformation occurred in medieval Europe as well. The same spirit that drove rebirth in the culture had the same effect on the church. Theologians rediscovered the Bible in its original languages, as well as the writings of early church fathers. They protested the abuses of the Catholic Church and rediscovered the true gospel.

The Reformation didn’t properly begin until the 1500s. But a century and a half before, there was another man ahead of his time.

Man of His Time

John Wycliffe (d 1384) was England’s foremost churchman. He distinguished himself in many ways. First, he was well-educated. He earned academic degrees from Oxford and taught at the university’s constituent colleges.

He was also well-connected. He was often called upon to defend the crown against the pope’s financial claims. Doing so earned him friends in high places, including the Duke of Lancaster and the queen mother. These friends defended him during his trials before the Catholic hierarchy.

Most importantly, he was well-received by the people. He taught and wrote in English so they could understand him. He sent out his preachers (known as “Lollards”) to live in poverty alongside them. They sensed his genuine concern for them and desire to bring them God’s Word. They even rioted in his defense at his trials!

Man Ahead of His Time

Wycliffe distinguished himself most by his criticisms of the Catholic Church. Through his writings, he expressed convictions that drove the Reformation 150 years later.

First, he decried the abuses of the pope. The Church was the largest landowner in England. And the pope frequently attempted to collect revenue from the crown under the name of “alms,” even though the Church was already wealthy. Additionally, many priests appointed to English churches were simply absent. They were paid whether they did their job or not!

He was also disgusted by the Church’s politics. During his day, all Europe was rent by the Western Schism – a dispute between two (eventually three) rival popes.

Second, Wycliffe despaired over the absence of God’s Word. The church’s theology derived more from superstition and papal declarations than the Bible. He questioned any doctrine or decree that wasn’t found in Scripture.

Additionally, the Bible was only available in Latin. The Church forbade translation into other languages, locking it away from the common people. So Wycliffe supervised the first translation of the Bible into English.

These convictions earned him enemies in high places. He lost his teaching privileges at Oxford when he published his views on transubstantiation. 30 years after his death, the Council of Constance (1414-1418) condemned him as a heretic. The newly appointed pope ordered his body to be dug up and burned, along with his writings.

Europe wasn’t yet ready for the Reformation in Wycliffe’s day. He was limited by the technology and political climate of his time. But he confronted the pope over a century before Luther wrote his 95 Theses. And he translated the Bible into English over a century before Tyndale began his superior translation work.

Wycliffe is known as “the morning star of the Reformation.” In the religious darkness of medieval Europe, he shone the first light of a new and glorious dawn.

One thought on “John Wycliffe: “Morning Star of the Reformation””